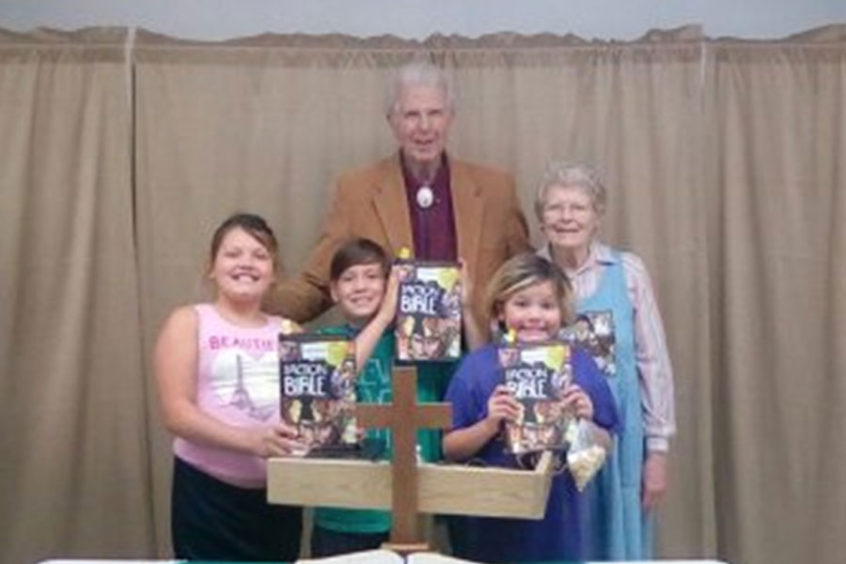 Many people work most of their adult lives in the hopes that when they reach a certain age, they will be able to retire; putting in long hours and even at times missing important events to be able to enjoy those “golden years.” For Pastor Lee Engbretson, God had other plans when he reached retirement. God called him to plant a church!

Lee taught in the public-school district in Tucson, Arizona, for 30 years. Retiring from his teaching position, he accepted the position as interim principal for a Christian school in Tucson while the school searched for a permanent replacement. He worked in this position for six months before the school found the right person, and Lee retired once again! As a long-time resident of Tucson, Arizona, Lee and his wife, Sonya, had started spending summers outside of Big Arm, Montana, on the west shore of Flathead Lake. Being summer residents for eight years, they had noticed a need for a church in this area, but no one had shown any interest in starting one.

In 2012, Lee was asking the Lord for guidance on where to go next. He had retired three times from three different jobs, but didn’t feel like the Lord was done with him yet. As he was asking God if he should step into a leadership position in the church they were attending in Big Arm, God told him to plant a new church! Lee had all sorts of excuses why this was not a good idea and brought many of them before the Lord, but he kept getting the same answer, “Plant a church.” When he brought it up to his wife, her response was, “Well then, let’s do it!”

They sold their home in Tucson, in which they had lived in for over 50 years, and became full-time residents of Big Arm; “Because you can’t start a church and be part-timers.” With the help and guidance of Daniel Lambert and Easthaven Baptist Church in Kalispell, they were able to get a small congregation together for services. That was the beginning of West Shore Community Church. In the last four years, the congregation has grown and thrived in this small community. Lee says he is excited to see what God is going to do through their small group of faithful believers.

The church congregation fluctuates some with the arrival and departure of the snowbirds each year, but they do have a good core congregation that meets faithfully each week. Lee is a part of the leadership team at Easthaven and he says they have been a great help when it comes to sermon preparation, materials for Bible study and children’s activities, and sending teams to assist in whatever West Shore Community Church is doing at the time.

West Shore Community Church has several outreach events each year, including a community Thanksgiving dinner and Vacation Bible School. They also have a large benevolence fund to benefit the community. The church is truly seeing the fruit of their labor. Engbretson says when it comes to prayer requests, he covets all prayers, but especially that his daughter and son-in-law would find their calling in ministry and medicine. He also asks for prayers that the people in the Big Arm area would be drawn to the church and the mission of the church; they are not looking to “sheep swap,” but instead reach those that do not know the Lord and are not involved in a church. There is an important lesson in the Engbretson’s story for everyone to consider. God can and will use all people, even those of retirement age, to fulfill His purpose. We only need to be open to that calling.