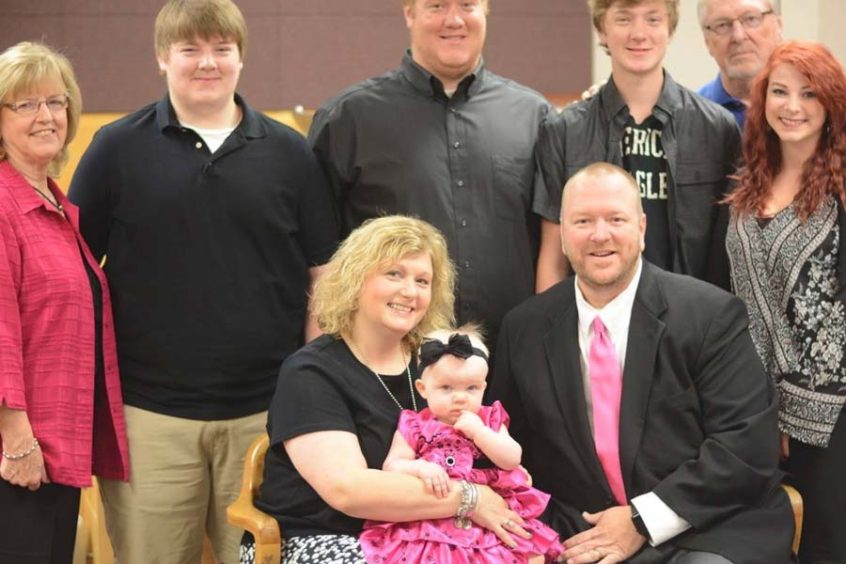 The Payton family has always had a lot going on. Not only is Greg busy pastoring a church and participating in other ministry engagements, his wife, Patty, works full time and leads the children’s ministry at The Rock Church in Laurel. Having three boys active in music and football, things never seemed to slow down. As satisfied as they were with their boys and their busy schedules, the Paytons still longed for one more family member … a little girl.

Having been burdened with a desire to adopt, the family decided to try to adopt a child through foster care. Over time, it became obvious that this was not the route they were to go. However, through the many ups and downs since then, their desire to adopt finally came to fruition last October. A God-ordained meeting in a parking lot led to the Paytons being put in contact with a birth mother who was unable to keep her baby. They were chosen to join the mother at the hospital for the baby’s birth and become her parents. They were, of course, overjoyed at the opportunity.

Paislee Eileen was born on the afternoon of October 25, 2016. She was greeted at the hospital by many arms waiting to hold her. Parents, grandparents, siblings and friends welcomed her arrival. Greg and Patty were instantly smitten, as were big brothers Tanner, Nathan and Joshua. Several days later the family departed the hospital to take Paislee home to begin her life with them.

Since that day, the Paytons have been enjoying having Paislee with them, yet also waiting anxiously for the adoption to be final. That day came on August 31st, 2017, ten months after Paislee was born. Surrounded by nearly 40 relatives and friends, the judge declared that Paislee Eileen Payton was officially a member of the family. The Paytons look forward to many years with their precious, long-awaited little girl. 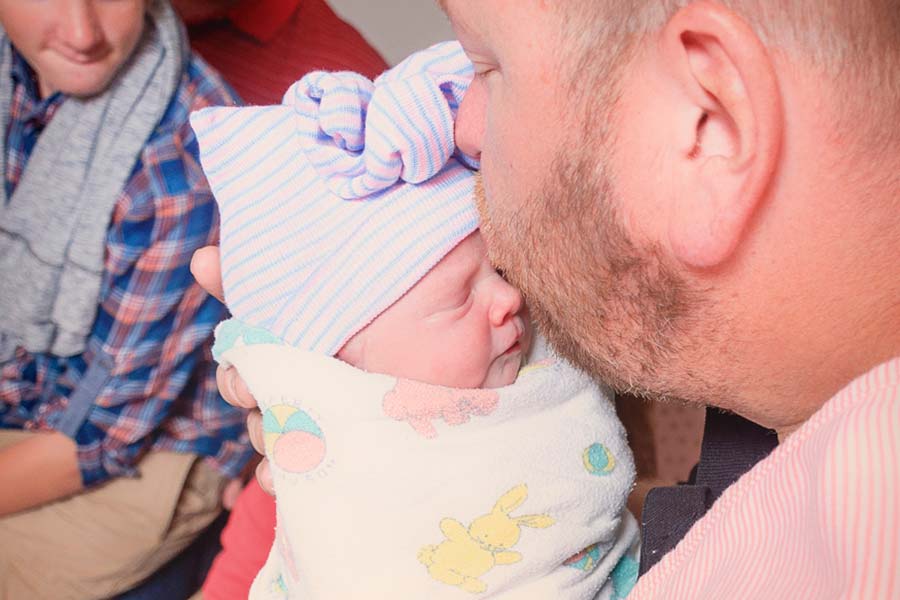 Greg Payton welcomes Paislee to the family after her birth. 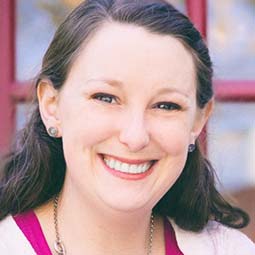 Deidre Myers is the Event Coordinator at The Rock Church in Laurel, Montana.