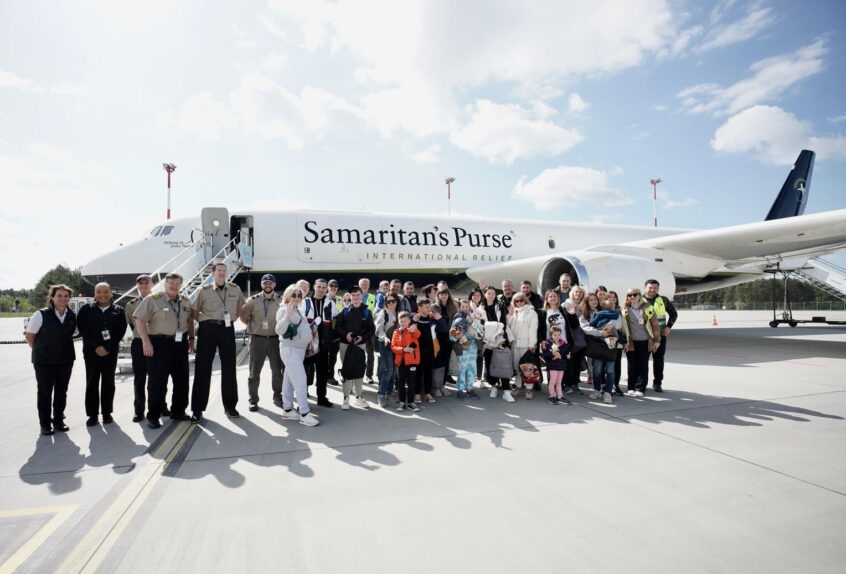 On Sunday, May 15, our DC-8 cargo jet left Poland on a special mission to bring 28 Ukrainian refugees to Toronto where they will be able to reunite with family, friends, and other sponsors arranged by Samaritan’s Purse. These families fled from the horror of the conflict continuing to rage inside Ukraine, and they are eager to start a new life in North America. This small group of mostly women and children all had harrowing stories of escape from what one of them, Marina, called “a nightmare come to life.”

Marina and her husband Mischa owned four stores in their town of Kherson, including one that sold toys.

“We were in a happy business,” she said with a smile. “There is nothing better than seeing joy in children’s faces when they choose a new toy to bring home.”

When the couple’s area became occupied by enemy forces, their joy ended, and their future became uncertain.

“We tried to stay,” she said, noting that as the weeks went on, things only became worse. “But the soldiers looted our stores. They tore everything to pieces. They destroyed the toys and everything else. There was no food. We thought we might starve. When they came to our neighborhood, we decided we couldn’t hold out any longer. We were making our plans to leave. Then one night, we received a call from a friend who told us they were on their way to burn down our home.”

Finally they decided to leave. Mischa and Marina, along with their 10-year-old daughter Yeva, ran to their car. They didn’t even stop to pack anything. At the last minute, Yeva dashed to her bedroom to grab her beloved teddy bear. It is a toy she has had since she was two, and she has clung to it every minute since they fled.

“It is scary and sad right now,” she said. “I had to leave my house and my pets. I had to leave my school and all of my friends. I don’t know what life will be now. I only hope that the Canadian children will like me—and that my dog and cat will be safe in Ukraine.”

In addition to Yeva, the flight carried children aged 2 to 16, all of them traveling with at least one parent.

For Volodymyr, a banker from Odessa, keeping his boys—ages 8 and 16—safe was the most important thing. Together with his wife and mother, the five of them are hopeful a new life is possible in Canada.

“At first, when there was talk of war, we did not take it seriously,” Volodymyr said. “We had a good life, and we did not want to imagine that it could come to an end. This family of mine is everything to me. Without them, I don’t want to breathe anymore.”

Also on board the DC-8 flight were two mothers-to-be, one of them a university professor named Natalia who is 8 months along in her pregnancy.

“This flight is a miracle to me,” she said. “We did not know what to do or where we could go. Now, my baby will be born in a safe country. We are all in a similar situation. Every person on this plane has been praying for a fresh start, a new life. And then Samaritan’s Purse told us they would help. It is God showing us His love. This is God’s mercy flight.”

Since the conflict in Ukraine began in late February, Samaritan’s Purse has been providing medical care and other relief. We have airlifted medical supplies, emergency food, shelter items and other aid aboard multiple DC-8 airlifts to Eastern Europe. We are working through an extensive network of pastors and churches in Ukraine and Moldova to help distribute assistance to hundreds of thousands of people.

Please pray for these families who are starting over in North America. Please also continue to pray for peace in this region of the world and for the many hurting families and the churches that are helping them. 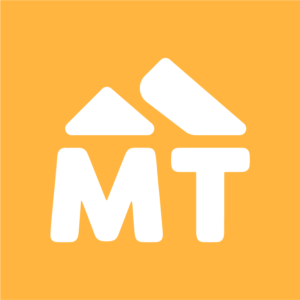 Samaritan’s Purse is a nondenominational evangelical Christian organization providing spiritual and physical aid to hurting people around the world. Since 1970, Samaritan’s Purse has helped meet needs of people who are victims of war, poverty, natural disasters, disease, and famine with the purpose of sharing God’s love through His Son, Jesus Christ. The organization serves the Church worldwide to promote the Gospel of the Lord Jesus Christ.