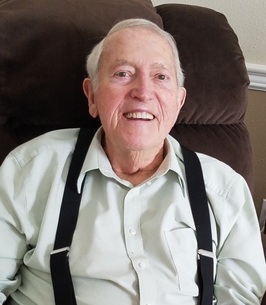 Richard William Covington, age 80 of Huntley, MT passed away at his home surrounded by family on February 21, 2022.

Richard was born on March 19, 1941 in Detroit, MI to Richard and Emma Covington. He graduated from Bald Knob High School in Arkansas in 1959.

Richard married Mary “Sue” Burrus on April 4, 1960. During their 61 year marriage, they were blessed with 7 children: Rick Covington, Cindy Ward, Ann Daniel, Tabby Covington, Sandie Rush (Chris), Jason Covington (Theresa) and Stephen Covington. He leaves behind 21 grandchildren and 21 great grandchildren. He is preceded in death by one grandchild, Adam.

Richard also leaves behind his sister, Barbara Humbard of Arizona, and brother and sister-in-law John and Arkie Burrus of Arkansas.

Richard went to Arkansas State University for a year. Then he joined the Air Force from 1960-1964, where he became an Electronic Warfare Repairman. He was stationed in Turkey for 18 months. In 1975, he told Sue he heard the Lord’s calling to start churches in Montana, so in 1976, he went to Seminary in Memphis, TN. In June 1979, he packed up his wife, 6 kids, and a Newfoundland in a station wagon and headed west.

Richard started Fellowship Baptist Church in Lockwood, MT in 1979 where they held services at Lockwood school until a mission team from Conroe, TX in 1980 helped build their first building. After a tenure there, Richard went on to plant North Valley Church in Columbia Falls, MT and Red Lodge, MT. He finished his career pastoring Valley Baptist in Huntley and Pompey’s Pillar Chapel in Pompey’s Pillar, MT. He fervently followed God’s will and found his greatest joy in leading souls to our Lord and Savior Jesus Christ.

Richard was a devoted friend, husband, father and grandfather. He thoroughly enjoyed sports and was quick to join you at the ball game. He loved cooking, camping, fishing, and hunting with his lifelong love Sue. In his later years, he enjoyed his ship building and bird watching.

Although Richard will be dearly missed, he finished well as a good and faithful servant.