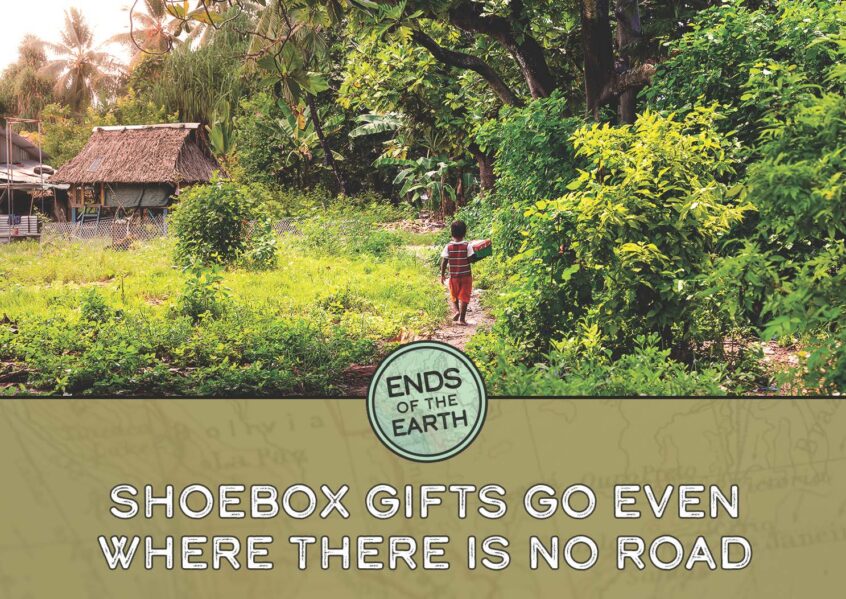 After traveling several days upriver by canoe, Raquel Quinchoquer and a group of national volunteers finally arrived at their destination deep in the Peruvian Amazon. They had come to hold an Operation Christmas Child outreach event
for children of the Nomatsiguenga people group. Although a small but growing percentage of the tribe is Christian, the Gospel had never reached the village Raquel and her group now visited.

Raquel used her culture’s storytelling tradition to share the Gospel. Even though this village had never heard of Jesus Christ, they worshipped a “creator” whom they believe causes the river to flow and plants to grow. According to their legend, this “creator” was taken from them and promised to reappear someday. From these tales, Raquel drew parallels to the one true God, the Creator of the universe, and Christ’s death, resurrection, and promised return.

The children who welcomed them to the village understood and asked to hear more. One girl asked, “How could a God love people like us?” Later, this same girl said, “Would you pray with me? I want to know this Savior.” She was not alone. Others joined her in wanting to follow Christ.

After praying with the children, Raquel and the other volunteers gave them shoebox gifts. Amazed, they asked, “Why would someone who doesn’t know us send this?” Raquel responded by saying that people far away want them to know God’s love. Every box the children opened contained a pair of sandals in just the right size!

Scripture is being proclaimed in some of the world’s most remote places through this Samaritan’s Purse project. Unreached People Groups are hearing the Name of Jesus for the first time.

“So we work with the following tribes: Nomatsiguengas, Asháninkas, Ashéninkas, Shipibos, and Yines,” Raquel said. “It’s
in our hearts to make contact with and to work with the children God is preparing in the tribes that have yet to be reached, including a tribe called the Mashco Piros that are located close to the border with Brazil.”

Please pray that these peoples will “sing to the Lord a new song, and His praise from the ends of the earth” (Isaiah 42:10).