How extreme is the state of California on abortion?

You probably already know that the state tried to force pro-life pregnancy centers to advertise for abortions. But you might not know that some state officials want to force churches to pay for abortions.

That’s not a typo. A California agency actually added elective abortion coverage to the employee healthcare plans of churches throughout the state—without even telling them. Now, one church is standing up against the state.

Let’s take a look at the details of this case.

Everything Skyline Wesleyan Church does is rooted in biblical principles.

“As a Christian, I cannot knowingly pay for or facilitate access to elective abortions in any way, including through healthcare insurance,” says Pastor Lisa Amann “Why? Because the Bible, the foundation for my beliefs, is crystal clear when it comes to abortion.”

Lisa has been attending Skyline almost her entire life. Now, she works there as a pastor.

Since its first gathering in the summer of 1954, pastors and leaders of Skyline Wesleyan Church have called upon their congregations to live out their faith and practice what they preach. Church leaders like Lisa do this by advocating for life at every stage as well as taking good care of their employees by providing them with the very best health insurance policies available.

Now the California Department of Managed Health Care (DMHC) is telling them they must choose one or the other.

The DMHC sent a letter to insurance providers in the state telling them that it would be illegal for themto allow churches and religious organizations to exclude elective abortion coverage in their healthcare plans. In its letter, the DMHC remarkably claimed that all abortions are “basic health care services” and “medically necessary” and therefore must be covered.

These unelected officials made this decision without passing a regulation or allowing for public input. And what’s worse is that they did so after being influenced by pro-abortion groups like Planned Parenthood.

Skyline Church, along with millions of Christians across the country, follows the biblical belief that every human life—born or unborn—has worth and dignity. Opposing abortions in their health plans is non-negotiable. They had no choice but to file a complaint against the DMHC.

After learning about the DMHC’s August 2014 mandate and unilateral revision of their employee healthcare plan, Skyline Church filed a lawsuit challenging the DMHC’s abortion-coverage requirement. A federal district court denied Skyline Church’s requested for relief, so the church is now asking the U.S. Court of Appeals for the Ninth Circuit to reverse this decision. On November 4, 2019, Alliance Defending Freedom attorneys argued the case before the Ninth Circuit.

Located in La Mesa, Skyline Church has been a fixture of the San Diego area for over 60 years.

Why: No one should be forced to pay for abortion against their beliefs.

The state of California is demanding that Skyline Church either fund abortions through its healthcare plan or risk paying steep fines under the Affordable Care Act by declining to provide health insurance coverage for its employees.

No church or individual should be forced to participate in funding abortion. Every American should be free to live and work according to their faith without fear of unjust punishment by the government.

Churches should be free to operate according to their faith without being threatened by the government. That’s why Alliance Defending Freedom launched ADF Church Alliance, a membership program that provides legal help so you can freely preach and operate your church in accordance with Christian principles. The program acts as a hub for churches to gain access to experienced First Amendment lawyers who are available to answer religious liberty questions, conduct document reviews and provide advice, and even represent your church in court if necessary and appropriate – it’s virtually all-inclusive for religious freedom issues.

Montana Southern Baptist Convention has partnered with ADF Church Alliance to prepare and protect your church. Through this partnership, your church can get a discount on this affordable program. Use codeMTSBC20 when you apply to get 20% off of your membership fee. Click here to activate your membership. 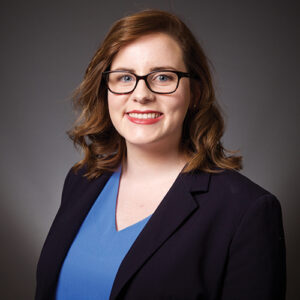