The Town of Edisto Beach in South Carolina is standing its ground. The problem is that the ground on which it is standing is unconstitutional.

Edisto Beach officials have blocked a local church, Redeemer Fellowship of Edisto Island, from renting space in the community civic center on the same terms as other groups.

Redeemer Fellowship had rented space at the civic center two times earlier this year without problem. When the church requested another rental agreement with the center, however, the town attorney claimed that it would appear as if the town were “establishing a religion” if it allowed the church to worship at the civic center.

But that is ridiculous.

Edisto Beach allows a number of groups to rent space at the civic center, for a wide range of events. Just because a church rents space available to everyone else in the community does not mean the town is “establishing a religion.” No one is forced to attend Redeemer Fellowship’s service, and the church pays its rent, just like any other group.

Treating churches the same as secular groups is not giving them any sort of advantage – it’s just fair.

Still, Edisto Beach officials are not budging. In response to an Alliance Defending Freedom (ADF) lawsuit, city officials have defended their discriminatory policy, arguing that they have not violated the Constitution.

Thankfully, the Supreme Court ruled 7-2 in favor of Trinity Lutheran, making it clear that the government cannot treat religious people and organizations worse than everyone else.

The same is true here.

That’s why the ADF Church Alliance is representing Redeemer Fellowship. The government should never be permitted to treat people of faith as second-class citizens – barring them from benefits that others receive simply because they are religious.

The ADF Church Alliance was created for cases and issues just like this – where government officials are threatening the constitutional rights of churches. It is an affordable membership program that prepares, advises, and even litigates on behalf of churches as the legal culture tests the limits of religious freedom.

MTSBC has teamed up with ADF Church Alliance to serve your church. Because of this partnership, you get a 20% discount on this already affordable program.

Become a member today to help prepare and protect your church! 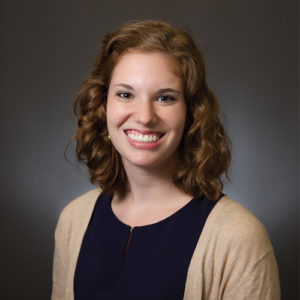 Sarah Kramer graduated from Hillsdale College in 2013 with a degree in Political Economy and Journalism. She worked as an investigative reporter before joining the Alliance Defending Freedom team. Sarah married her college sweetheart in August of 2014 and moved to Phoenix shortly thereafter, where she and her husband are excited to settle in and spend winters away from the snow.