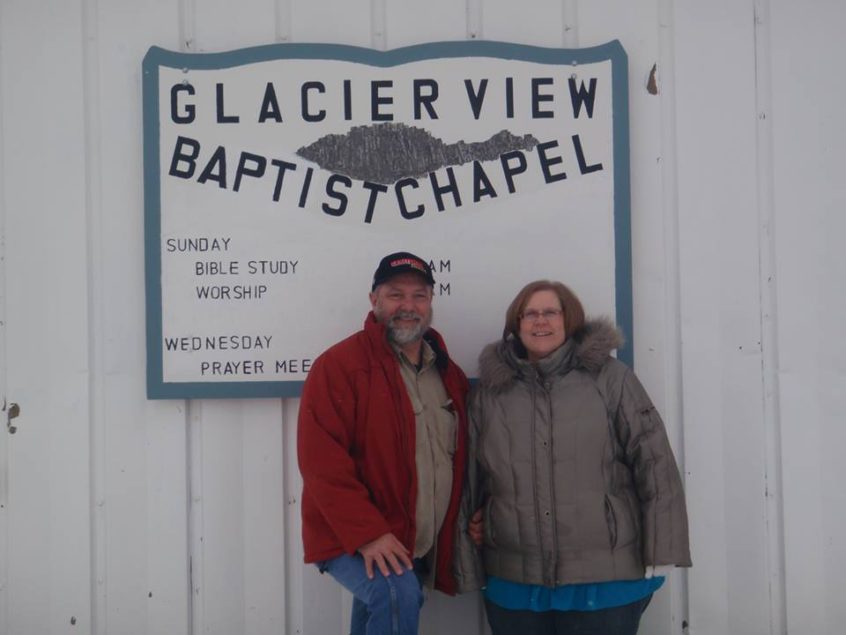 Marty and Dena Balk started their ministry in a small Independent Baptist Church in Armada, Michigan. Because his position was unpaid, Marty also worked as a heating and cooling contractor in the area. One day an evangelist spoke to Balk’s heart when he said that churches in the west were looking for people to come and minister on mission trips. Since fall was a slower time for the heating and cooling business, Marty decided he would like to spend some time doing ministry in “the west.” God chose to put him in Montana!

The Balks were sent to Starr Baptist Church and School on the Blackfeet Reservation. While serving there, he and his wife fell in love with the people of the Blackfeet Reservation and the ministry itself. What was supposed to be a one-month mission trip turned into a resignation in Michigan and a move to Montana. Starr Baptist Church was in the middle of building a rehab center with a fully-functioning sawmill. The plan was for Marty to help with the initial ministry and spiritual direction for the church and school. When the rehab center was complete, he would work there as well. After four-and-a-half years, the 16-bed rehab facility was complete; unfortunately, the pastor of Starr Baptist moved to Washington and the facility never opened.

However, God wasn’t finished with the Balk family on the Reservation. As they were preparing to move back to Michigan, they were approached by a rancher about starting a school in their home; they opened with eight students, three of them were their own daughters. Quickly, the school grew to sixteen and they were praying for a larger space to meet. During this same time, they started doing evening Bible studies with the parents of the students and others in the community. They hosted Bible studies for “kids’ jail,” a detention center for kids ages 12-17. On Resurrection Sunday of 2001, they held three baptisms and Straight Arrow Baptist Church and School was born.

Straight Arrow was able to rent space from the local Methodist church. At that time, they had over 30 people in attendance on a Sunday and ran several different ministries throughout the week, reaching the people in the surrounding areas.

Throughout their journey, Marty and Dena have seen God work in mysterious ways. God’s biggest work in their lives involved a woman who attended their church with her daughter and two grandchildren. Soon after she passed away from cancer, her daughter passed away from blood disease. The Balks decided to take in the two grandchildren. Their four daughters had grown up and left the house, so, in 2012, Marty and Dena started over raising children. Marty said, “We have been here on the Blackfeet Reservation 22 years now and are blessed to be a part of the what God is doing. I didn’t know much about the SBC organization when we became part of it, but we are certainly amazed how their support is ready and willing to facilitate the spreading of the Gospel throughout the world and is still dedicated to small works in their endeavors to do the same. We are very grateful to the SBC, MTSBC, the Triangle Association of the SBC, and Glacier View Baptist Chapel for including us.”

Please continue to pray for the Balk family as they find ways to minister on the Blackfeet Reservation.