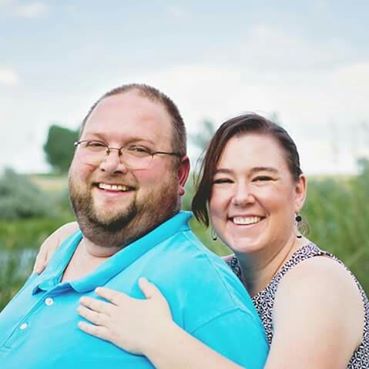 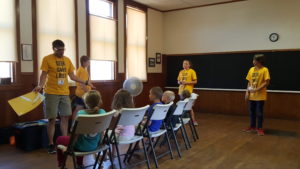 Jason and Michele Smith moved to Montana City to start their ministry with South Hills Baptist Fellowship in August, 2015. Born and raised in Wyoming, Jason accepted Jesus as his Savior at a very young age and committed to a future of preaching while he was still in high school. After graduation, he completed three years at Casper College before feeling called to attend Yellowstone Baptist College in Billings, MT.

While in college, Jason built a relationship with John Goodsell, Youth Pastor at South Hills Baptist Fellowship. He participated in various ministry opportunities around Billings during his time in school. After graduation, he accepted a pastorate at a small church in Laurel, MT. After spending five years in Laurel, he moved to Casper, WY to serve as the Associate Pastor in his home church. He served in Casper for ten years, all the while improving on his preaching and leadership skills.

In 2013, John Goodsell contacted Jason to tell him that South Hills was seeking a full-time senior pastor. Shortly after that, Jason preached at South Hills in view of a call and God allowed him to fill the pastor position. Jason stepped into what he viewed as a young and excited church. Pastor Smith said, “The attendees were growing and eager to be involved in ministry both locally and internationally.” South Hills has an active children’s ministry. The church provides buses to transport kids from all over the area to Sunday School on Sunday and AWANA on Wednesday evening.

Pastor Smith says the church is also reaching into other countries. They send financial support and take annual trips to a church in India and have partnered with a pastor in that area. The next trip to India will be in November. At that time, they will hold a training for local pastors and host a family camp. They also financially support a missionary in Zambia. South Hills is currently feeling a “growing call to overseas missions,” said Pastor Smith.

Jason and his wife, Michele, have been married for 17 years and have five children, ages 14, 13, 11, 9 and 7. They are a collection of personalities and the couple strives to do the best for each child individually. Jason says one of the prayers he has is that his children will seek the Lord and show Himself faithful to his family and his ministry.

Jason also asks for prayer for the ministry opportunities that the church is planning in the next few months. The church hosts AWANA, has a successful benevolence ministry, and Bible studies meet throughout the week for all ages. Later this summer, the church will be sponsoring and running a five-day Bible club in Jefferson City, MT. The church is seeking to reach the communities of both Jefferson City and Clancy. Through the children, they hope to reach the adults, as well, with the truth of Christ. Pastor Smith is excited to watch God continue to move in people’s lives and through the church. Please pray for Pastor Smith and his family as they continue to reach both local families and international communities.