Well, my old friend, Doug Hutcheson, is about to take that inevitable leap into retirement.

I met Doug in about 1994 at Family Camp on the Boulder. He was part of a crop of new, young pastors that seemed to descend as a herd onto the MTSBC scene. I suppose I was part of that herd. Doug and I seemed to bond instantly. He invited me to lead worship at Westside Baptist Church in Great Falls. One Sunday, Doug played his drums and I led worship from the keyboard and the infamous “sticks and keys” team was born. For the next eight years, Westside Baptist experienced dramatic growth under Doug’s leadership and was consistently in the top 10% of church growth and baptism statistics – according to the ACP.

I was eventually called from Emmanuel Baptist Church in Billings to the state staff. Doug and I continued to partner together, serving on the Executive Board, as he was elected convention president. At one time, Doug invited me to serve on his church staff but only a few months later, he was invited to serve on the state staff. For the next eight years, Doug and I were co-laborers and travel partners as we served MTSBC churches. I can’t describe how much more fun our state staff meetings and retreats became after Doug arrived. His positive outlook and effervescent spirit was a gift. I tend to be too serious and I needed Doug to lighten things up. He was evangelism and I was church development. Doug, an avid fly-fisherman, once remarked to me, “Hey partner, I’ll catch ‘em and you clean em’,” (referring to our respective roles in evangelism and discipleship).

Doug and I have shared the ups and downs of life. I walked with him during the protracted illness and eventual passing of his wife, Kathy. He was there for me, big time, during the accidental death of my grandson, Tyler. We occasionally saved travel allowance by rooming together in Montana as well as during NAMB meetings in far-away cities. As polar opposites, Doug would quietly awake at dawn for his “run” and thoughtfully allow me to sleep in as long as possible. I prayed with Doug as he decided to launch into his IMB adventure in Ecuador, and as he made the decision to marry Debra, and now as he has wrestled with his decision to enter retirement. After his retirement from the IMB, Doug rejoined the state staff and served faithfully on my Next Best Place team. After my retirement from the state staff, I joined his team to serve under his leadership on the Church Strategies team. I am still pleasantly amazed at how well we can simply reverse roles as a subordinate to each other. I treasure the times that Doug would drive up here to our cabin in the Beartooths where we would just talk, share, and pray deep into the night out on the deck. He tried his best to make a pure fly-fisherman out of me (probably to his dismay, I’m still sort of a rod n’ reel, spin guy). But, all in all, Doug was a divine appointment in my life. It has been my experience that God provides thousands of relationships, but not many best friends. Doug is a best friend.

So, Doug, you are now loosed to run into that brave, new night of retirement. But have no worry, my friend, you are a free spirit and you will love the independence from human expectation and the utter dependence on God that is in your future. There are shining, new horizons to trek and even more rushing streams to cross. So, fish on, buddy, fish on!! 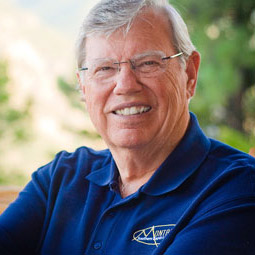 Mark Langley is on the Strategies Team for the Montana Southern Baptist Convention.