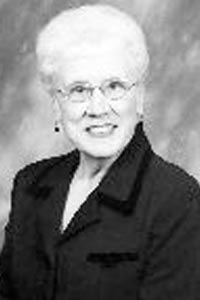 Mrs. Sherrill was born in South Bosque, TX, daughter of Jim and Mary Ramsey. She graduated from McGregor High School, then went on to Baylor University, becoming a R.N., and Southwestern Baptist Theological Seminary, where she met Tom Sherrill. They married in 1956 and served at churches in North Carolina, Wyoming, and North Dakota. For the Northern Plains Baptist Convention, she served as President of the Women’s Missionary Union and was one of the first women elected to the Executive Board. More…
She was preceded in death by her husband.