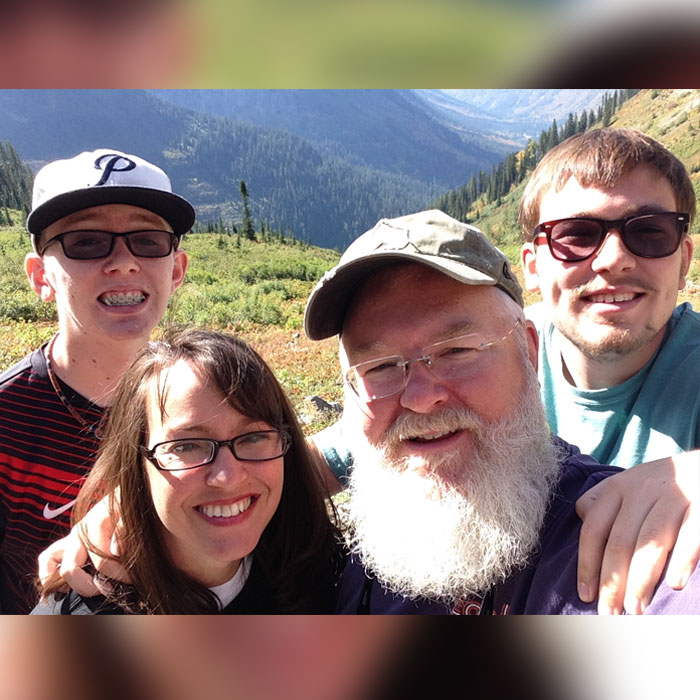 The Bakers have made Whitefish Montana home as they plant Summit Life Church in Northwest Montana. Arriving to 4 feet of snow in January of 2015, the Bakers have fallen in love with the people of Whitefish. Chris and Kim were married in 1992 and have two boys, Andrew and Samuel. Chris is a native of Alabama and Kim is a midwest girl. Both boys are Texans by birth, that is, both were born while Chris and Kim were in seminary in Fort Worth.

Chris began ministry in 1985 as a student minister while in college. Chris met Kim while serving as associate pastor in Kansas and they have served churches in Alabama, Texas, and Missouri before coming to Whitefish. Kim answered the call to ministry in 1988. Two of her gifts are music and hospitality. She has a great love for the Whitefish community and works as a site coordinator for the Whitefish Community Center.

For the Bakers, church planting and church development has been a part of their lives since the beginning of ministry. In the four churches they have pastored, they have planted other churches both locally and abroad. For the eight years prior to their move to Whitefish, Chris served as Director of Associational Missions in Alabama.

The Bakers have had the privilege to travel the world leading teams to be on mission. Andrew and Samuel have seen the work of God in local churches and on multiple mission fields. Through these experiences and Godly mentors, both boys have sensed a call to ministry.

Andrew is in paramedic school and works with the Whitefish fire department. He does all of the media and worship prep for Summit Life. Andrew also serves in the junior high ministry at Easthaven, our partner church, on Wednesday. Samuel works locally as a shift leader at Chik-fil-A and leads the worship team at Summit Life as well as the youth worship at Easthaven on Wednesday nights.

The Bakers understand it is a great privilege to serve Christ and be on mission planting a New Testament Church in Whitefish. A privilege that is made possible by Southern Baptist partners and the faithful stewardship through the Cooperative Program.