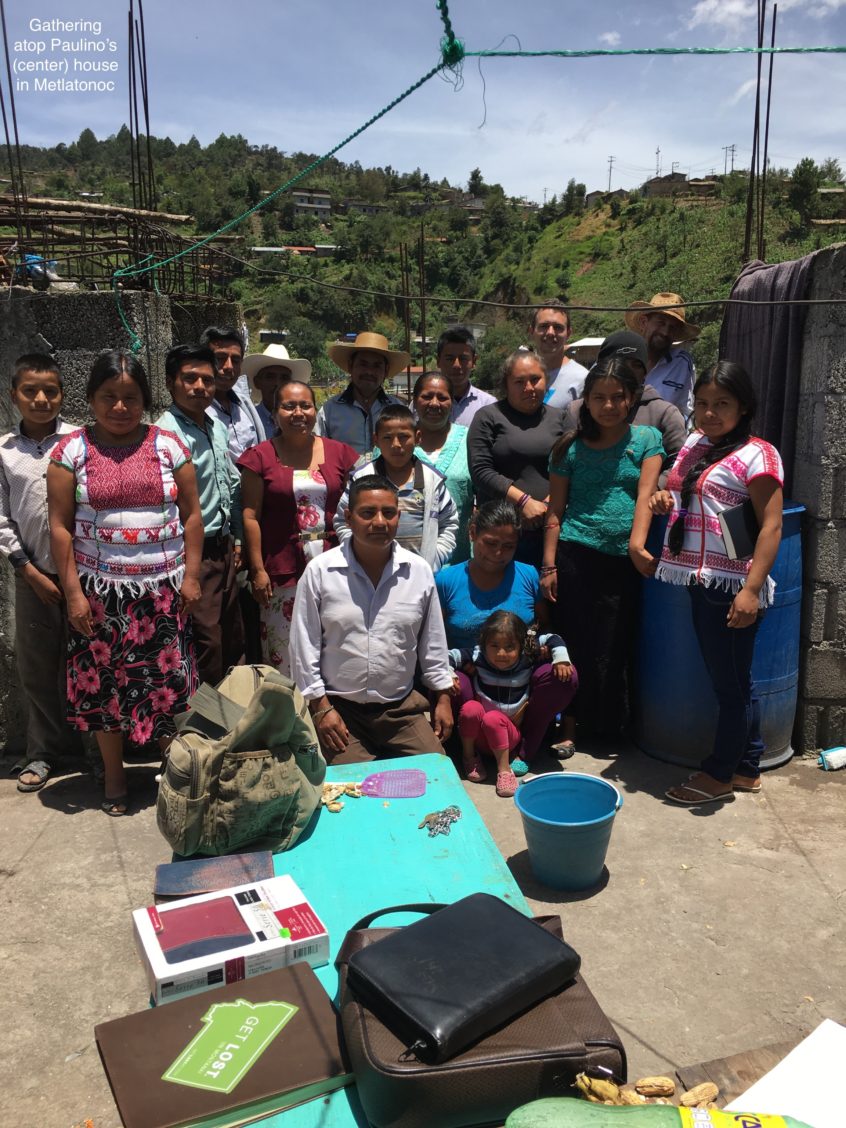 It is July, 2018. I stand on the open concrete roof of the third floor, red-faced. Everyone is looking. “How many tortillas did you eat?” Paulino asks me in Spanish, animated. His wife had just served an extravagant meal of spicy broth, boiled chicken and, of course, the flagship of the ensemble—massive homemade tortillas.

I want to lie, but it just isn’t the time or place. “Two.” I mumble. My genteel American stomach is entertaining rebellion.

“Two?” Paulino gasps. He points to his petite, four-year old daughter. “She had two!” Everyone laughs, and I catch my ear on one of the many clotheslines suspended over the roof. At five foot-six inches tall, I am a giant in this town, towering over my enthralled audience as their comic relief while a ground-breaking drama unfolds before time immemorial.

You see, Paulino has made history.

We are in Metlatónoc, the largest of the indigenous mountain towns in the region south of Tlapa de Comonfort, Mexico, home to around four thousand Mixtec inhabitants. The discreet Mixtecs effortlessly trace their language and lineage to pre-Columbian history when their ranks were much more numerous. Since then, the Mixtecs have become, like the mountains they occupy, the quiet sentries of timeless roots trod over by Spanish boots. Today the Mixtecs, in spite of their decimated populations, constitute the largest unreached people group in the Americas. Even in this town of nearly four thousand, there is not a single Christian church.

Paulino, though, may be on the verge of starting the first one—and he is not even a Christian. Yet.

About two months before I had the honor of eating precisely two tortillas on that rooftop, something unexplainable happened in the life of Paulino: his wife was miraculously healed. Paulino, being a schoolteacher, is a man of more educational and professional means than most in Metlatónoc, and hence his despair when, after his wife came down with a severe illness, he could find no remedy. This is where his relationship with Pastor Floriano began.

Floriano leads a congregation of Mixtec believers in the nearby town of Cochoapa, and he was nervous when the desperate schoolteacher from Metlatónoc found him and began asking questions. Paulino asked him first whether or not he was a Christian; Floriano hesitantly said yes. Then the next question: Are you a pastor? Floriano, with greater trembling, again answered in the affirmative. Then Floriano was taken completely off-guard by Paulino’s next move, which was to beg him to come pray for his suffering wife. And come Floriano did—not without some reservation—but when he found the woman exactly as Paulino had described her, he immediately began to intercede for her, and did so until his duties took him elsewhere that evening. The next day, he returned with several others from his church in Cochoapa and they together prayed a second time over the broken body of Paulino’s wife. What followed their prayer is, despite its mystery, the unanimous testimony of all involved: the wife of Paulino awoke the following morning completely healed.

For the American reader, Pastor Floriano’s initial wariness to identify himself with Christ may be nearly as tantalizing as the miracle itself. Indeed, his cautious interaction with Paulino invites much curiosity toward the religious landscape of the Mixtec world. At least, I am curious.

Fortunately, at the table with me in Metlatónoc are two men very proficient in the history of the area. The first is Chris, the only other white fellow present, and a missionary on assignment among the Mixtec villages of these mountains. The second is a Mixtec pastor by the name of Isaul, who grew up among the smattering of villages in the greater Metlatónoc/Cochoapa region. Isaul is animated as he recounts the surprising details of the spread of Christianity among his people. Chris inserts contextual information and details. Together, they paint a broad picture of the last few decades. Meanwhile, a few old-timers of the area are listening-in, true oral historians by blood, as they fact-check between sips of coke.

The gospel, Isaul says, is new to these mountains. It did not take root, as many think, with the arrival of Spanish galleons in the sixteenth century. Certainly the Catholic faith of the Old World did venture off of those ships, but it soon lost itself among the ancient gods of the indigenous jungles. There, the Catholic and pagan religions died together, and what arose from their ashes was a chimera of dishonest Catholicism and dishonest paganism. Holy rites, sacred symbols, and mythic animals all lost their identities. Even the holy saints, traditionally hailed as examples of Christian virtue, became synonymous with magical beings of Mesoamerican lore. Further, far from being the sacrifice to end all sacrifices, the Christ of Nazareth was given a place beside many other needy principalities to be leveraged and appeased. Today, the Mixtec people live in the fallout of syncretism, having been given nothing sufficiently new to inspire authentic transformation, nor sufficiently old to preserve authentic tradition.

A twinkle of newness, Isaul continues, made its first appearance in the seventies. Two noteworthy Bible translators trickled in, flying in bush planes to San Rafael which is located several dozen miles north of Metlatónoc. The first of the translators, Eduardo, paid with his life for the endeavor when his plane went down in the mountains surrounding San Rafael in 1978. He had made very little progress during his few years there. The second translator was a man named George Hansen. At the mention of his name, heads begin to nod around the table with familiarity; everyone around here seems to know of Hansen, his family, and his work. George, or “Jorge” as referred to by the Mixtecs, arrived in approximately 1980 and stayed in the area for nearly three decades. During this time he, by all accounts, learned the Mixtec language prodigiously well, translated the entire New Testament (and several Old Testament stories) into Mixtec, and helped to translate and record a number of worship songs. Hansen’s work is foundational to virtually every aspect of Christian progress currently being made in these mountains.

“But,” I puzzle, “This is mostly the history of white foreigners in the area—what about the Mixtec people themselves? What happened when they first began to hear about Jesus?”

Isaul grows more solemn and his eyes squint against the mid-day sun as he begins, “The black book arrived in Yuvinani in the early 1990’s…” He is introducing the sequel to the work of the translators: the story of the birth of the region’s first Mixtec church. 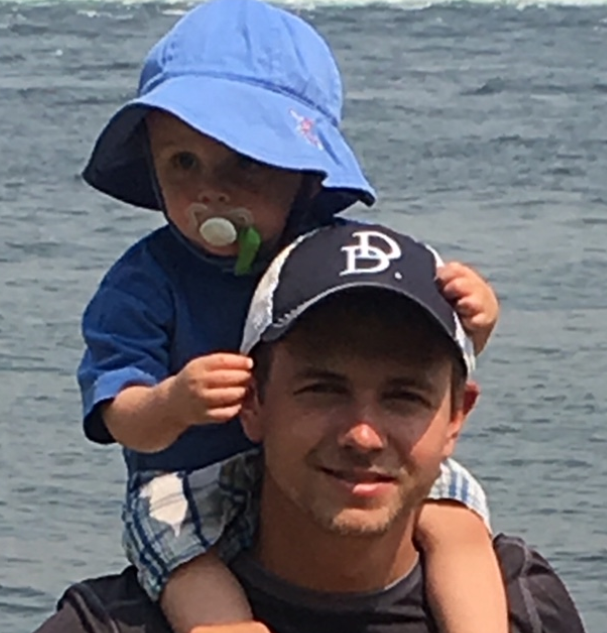 Zach studied language and literature at Montana State University and has taken annual trips to Mexico with his family and college ministry students. Zach is a business owner and enjoys hunting, traveling, and going on vacation with his family. He lives in Bozeman with his wife, Aryelle, their two kids, and a fat cat named Louie.